Formulation and evaluation of Mucoadhesive Buccal tablets of Valsartan

buccal tablets of Valsartan using various suitable bioadhesive polymers such as CP 934, HPMC K4M, and Na CMC. A backing layer of ethyl cellulose was used which is impermeable in nature. Six formulations of Valsartan were prepared by direct compression method. The prepared tablets were characterized by swelling studies, % matrix erosion, surface pH, bioadhesive properties, In-vitro drug dissolution and In-vitro diffusion studies. It was found that swelling index was proportional to CP and Na CMC content. As the Na CMC content increases the swelling index also increased. The surface pH of all formulations was found to be satisfactory, and values were in between the range of 5-7 pH, hence no irritation to buccal cavity is assumed. Tablets containing CP: HPMC in the ratio 1:3 has shown maximum percentage of In-vitro drug release as well as In-vivo diffusion through buccal mucosa. The drug release was found to be zero order release. The formulation F3 was considered as the optimized formulation based on satisfactory bioadhesive strength, In-vitro dissolution drug release of 59.69 ± 0.95%, In-vitro drug diffusion of 43.66 ± 0.68% for 8 h.

The bioadhesive dosage forms gave new research field. These dosage formulations are mainly available for local therapeutic use, for systemic therapeutic use. These forms have adhesion properties on a mucosa for a sufficient time to produce a therapeutic effect. Bioadhesion is the property of a biological or synthetic material to adhere to a biological tissue for a given time. The bioadhesion mechanism is used to solve bioavailability problems resulting from a too short stay of the pharmaceutical form at the absorption site.[4]

Bioadhesive tablets can adhere to the buccal mucosa, and the drug is released upon hydration of the device, forming a hydrogel. Bioadhesive tablets are usually prepared by direct compression. A double layer tablets, consisting of core drug layer and impermeable backing ethyl cellulose layer. The two buccal adhesive tablets commercially available in UK are “buccastem” (Prochlor perazine maleale) and “Suscard Buccal” (glyceryl trinitrate).[5]

Tablets were prepared by direct compression technique. The ingredients of core layer of different combinations were accurately weighed and mixed in a glass mortar and pestle for 30 min to obtain uniform mixture. The mixture was passed through 60 μm mesh. Then core layer of the above blend (110 mg) was compressed at minimum compaction force in 9 mm punches of single stroke tableting machine. The upper punch was raised without disturbing the core tablet and impermeable backing layer Ethyl cellulose of 40 mg was weighed and added on core tablet and again compressed at a compaction force of 5-7 kg/cm2. [19, 20, 22, 23, 24]

a. Bulk density for powder:

Calculated based on following formula

Calculated based on following formula

The hardness of five tablets was measured using Pfizer hardness tester. It is expressed in kg/cm2

Thickness and diameter of the prepared tablets were evaluated with the help of vernier calipers and screw gauge.

Buccal tablets were weighed individually (W1) and placed separately in 2 % agar gel plates with the core facing the gel surface and incubated at 37 ± 0.1°C. The tablets were removed from the petridish and excess surface water removed carefully using filter paper. The swollen tablet was then reweighed (W2) and the swelling index was calculated using following formula. [27] Tablets initial weight was noted down (W1). Swollen tablets were dried at 60 °C for 24 h in an oven and kept in desecator for 48 h and reweighed (W3). % matrix erosion were calculated using following formula, 21

Surface pH studies were carried out in order to investigate the possibility of any side effects. This has to be studied as the alkaline or acidic pH irritates buccal mucosa. The tablet was allowed to swell by keeping in contact with 1ml distilled water in a petridish for 2 h at room temperature. The pH was identified by bringing the electrode into contact with tablet surface and allowing the surface to equilibrate for 1 min. [18] 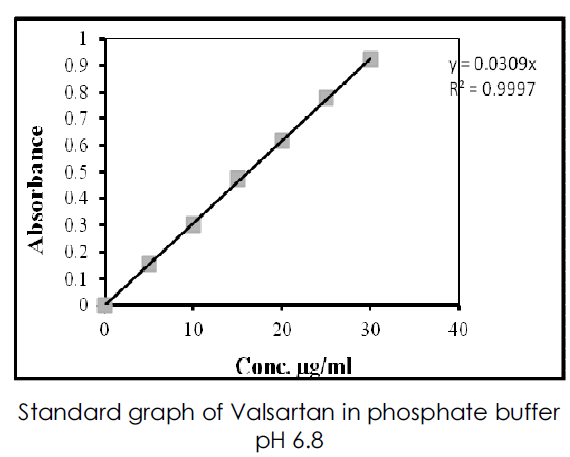 A modified balance method was used for determining the mucoadhesion strength. Fresh sheep buccal mucosa was obtained from the local slaughter house and used within 2 h of slaughter. The buccal mucosa was separated by removing the under lying fat and loose tissues. The membrane was washed with distilled water and then with phosphate buffer pH 6.8. The fresh buccal mucosa was cut into pieces and washed with phosphate buffer pH 6.8. A piece of buccal mucosa was attached to flat end of beaker with the help of cyanoacrylate gum, a watch glass attached to thin chains at equal distance forms the left hand pan. To the lower side of the watch glass the tablet was adhered just above the mucosa. The right pan consists of empty beaker, both the pans are balanced by adding suitable weights, then a 5 gm weight is removed from right hand pan, which lowered the left hand pan making tablet to come in contact with buccal mucosa. The balance was allowed in this position for 3 min. Then water was gradually added to the right hand pan until tablet detaches from the buccal mucosa. The weight required to detach the tablet from the mucosal surface gave the measure of mucoadhesive strength. Experiments were carried out triplicate and the averages of them are noted down.[18]

The USP type II dissolution apparatus was used to study the release of drug from buccal tablets. The dissolution medium consists of 900 ml of phosphate buffer pH 6.8. The release was performed at 37 ± 0.5°C, at a rotating speed of 50 rpm. The impermeable layer of the tablet was attached to a glass slide with instant adhesive. The slide was put in the bottom of the dissolution vessel, so that the tablet remained on the upper side of the slide. Dissolution was carried out and samples of 5 ml, at each time intervals were withdrawn at pre determined time intervals and replaced with fresh medium. The samples were filtered through whatman filter paper and were analyzed spectrophotometrically at 250 nm against phosphate buffer pH 6.8 as blank. [20, 23]

In-vitro buccal permeation study was carried out through sheep buccal mucosa using frans diffusion apparatus. Sheep buccal mucosa was obtained from the local slaughter house and stored in phosphate pH 6.8, used within 2 h of slaughter. The mucosa was separated from underlying connective tissues with surgical scissors and clamped in between donor and receptor compartment of diffusion cell. Buccal tablet was placed with the core facing the mucosa. The donor compartment was filled with 1 ml of phosphate buffer pH 6.8. The receptor compartment was filled with phosphate buffer pH 6.8 and hydrodynamics in the compartment was maintained by stirring with a magnetic bead at uniform slow speed. 1 ml of sample of sample was withdrawn at regular intervals of time and analyzed UV spectrophotometrically. [20, 32, 33]

In order to examine the release mechanism of drug from the tablets, the In-vitro drug release data of best buccoadhesive tablet formulation of Valsartan were subjected to following release models

Stability studies for 2 months were carried out for the best formulation; the best formulation is kept under two different conditions like at 30 ± 2°C & 65 ± 5 % RH and other at 40 ± 2°C & 75 ± 5 % RH. After 30 days first month stability studies were carried out for important parameters like dissolution, diffusion, swelling index, matrix erosion, mucoadhesive strength, diameter, thickness, drug content. The same study is repeated after completion of 60 days. The best polymer composite was selected from the various ratios of the polymers. The best polymer ratio was found to be Carbopol 934, HPMC K4M in the ratio 1:3. The mucoadhesive strength of buccal tablets increases as the concentration of secondary polymer increases. The above polymer composite had shown satisfactory results in the parameters such as thickness, hardness, drug content, swelling index, matrix erosion, mucoadhesive strength, in-vitro dissolution and In-vitro diffusion.

The satisfactory formulation shows a zero order drug release profile depending on the regression value and shown a satisfactory dissolution profile. Slow, controlled and maximum release of Valsartan over a period of 8 h was obtained from buccal tablets F3 formulation containing Carbopol 934P, HPMC K4M.

Further work is to be carried out in order to determine its efficacy and safety by long term pharmacokinetic and pharmacodynamic studies in human beings.

• UV Spectroscopic method was developed for the determination of Valsartan in phosphate buffer pH 6.8 at 250nm and in methanol at 250 nm.

• The stability studies were carried out for the most satisfactory formulation F9 and that showed no major change in physicho chemical parameters, mucoadhesive strength, swelling index, matrix erosion, hardness, drug content, and In-vitro dissolution profile.